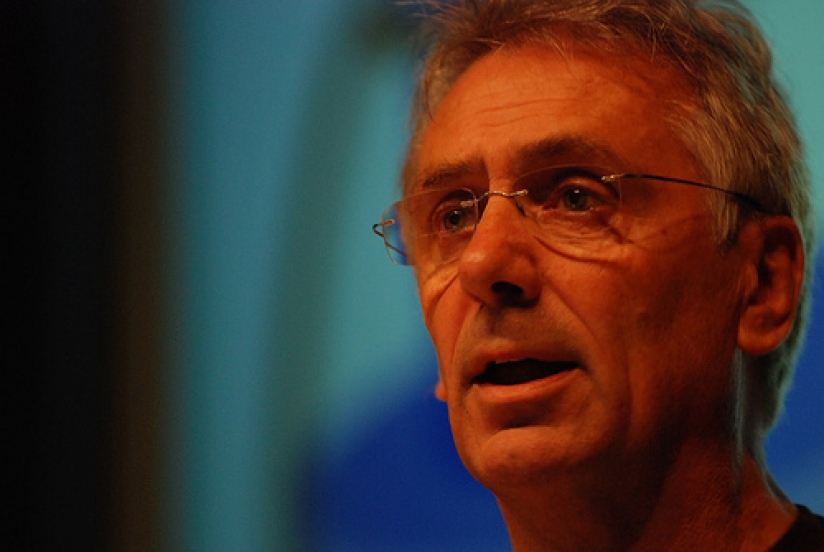 
Thomas Kuhn, in "The Structure of Scientific Revolutions", describes very well the problems of paradigm shift that have made it difficult for us to be persistently successful either in our home community -where local ideas are not trusted- or in others -where they wonder why we aren't more successful in our home territory.

However, we think the imminent release of open money ccsp (community currencies service provider) software will enable this idea to reach into the long tail of the internet community as never before.


6. Even though you obviously believe in it, do you conceive Community Currency as an utopia (a eutopia, if you want) or rather as a perfectly viable short-term reality (generalized, not based on relatively small communities)?

In my view the present global economic situation is a temporary dystopia -society's dependence on money as a thing of value in itself (therefore commodity in limited issue) and the almost total exclusion of all other forms is absurd, and has been for decades, arguably for centuries. Conventional money perfectly reflects and perpetuates the FUD -fear / uncertainty / doubt- that has run the world for so long.

It's not even about the form of that money -legal tender does what it does very well indeed, and will do for some time to come. Our oversight is not seeing how other forms of money are possible, and acting accordingly.

So we see no good reason why any person or any organization would avoid the use of open money in addition to their current use of conventional money.


7. Atomisation on a large scale (such as in the Debian 'apt' packaging system) has allowed large software projects to employ an amazing degree of decentralised, collaborative and incremental development. But what other kinds of knowledge can be atomised,and how? How money can be atomised?

For money - the necessary (and probably sufficient) means to atomise is by implementation of open money principles, protocols and practice.  Open money is at its core designed to be such an atomization of money, because it is a meta-currency system, that allows people to create currencies. It includes a currency specification language that allows for unlimited forms of currencies co-existing in a distributed money network, much like the Internet itself. That's fundamental, and that's how it needs to be, because open money matches reality, and nothing less is adequate.

For other "kinds of knowledge" - IP in music, software, text, etc - collaboration and decentralization will be greatly enhanced by open money. But that's another discussion, that's only going to be relevant when open money is ubiquitous.


8. Finally, it'd be great if you gave a general picture comparing LETSystems to other mutual credit initiatives, such as P2P Lending/Banking or time-based currency "banks". What differences and similarities would you like to point out?

The key distinctions between "old" and "new" money show when we "follow the money" to answer three questions:

For conventional money -legal tender- it's like water cascading between buckets, water that goes anywhere, comes from those that have it, and is only issued by "them". Money that is open is like levels rising and falling, the cc money goes around, comes from the process of our trade, and we issue it.

While kiva / zopa etc., are introducing a very useful service in p2p borrowing / lending they are still using old money, not creating any new money. However, there is much practical and ethical common ground with open money, and cc applications will greatly add much to the range and variety of p2p lending and microcredit.

Time banks are great for time - there's no possible competition in that field - and they deserve all the support they can get. But they remain quite costly to operate and it seems difficult to make a funding model that's sustainable without in some way also addressing the "money" side of life.


9. What are the keys to success, in your opinion:

The key for users is relevance - money that buys bread (necessities) and beer (entertainments) is worth earning, and people will use it. A successful system will (and indeed must) have a significant level of business participation. This requires a professional quality of service, which generally means administrative competence.


10. Why do you think LETS has become one of the most widespread local currency systems today?

LETSystems just fit best - they are minimally disruptive of the normal use and experience of money by people, business and government. LETSystems weren't designed in a vacuum as an idea needing to be laid over a community, but derived as a realisation of what patterns of economic collaboration were evidently possible and most compatible with existing financial systems. A LETSystem also reduces almost to nothing the opportunities for administrative interference.


11. How would you express these differences through a simple game/exercise for a non initiated audience?

It all depends on the audience - how many, in what place, for how long, with what expectation?  Also on whether it's an interactive or broadcast / download connection. But in general, we expect the best value to come from explaining why it's worth playing the game, the ways to play, what it demonstrates, and getting people to do it.


(1) This interview was carried out at the beginning of 2008, after the first public actions with the Bank of Common Knowledge (BCK), when Platoniq researched into new points of view to expand their collaborators network and to enhance and develop BCK's structure, contents, participation strategies and economic sustainability. To achieve this, we got in touch with several collectives, projects managers and consultants whose work and activities were similar to Platoniq's and BCK's philosophy. We conducted surveys and carried out interviews and consultancies with experts who came from different contexts and had various needs. Thus, we obtained a wide spectrum of answers and oppinions.