Transparency as part of the distributed financing model 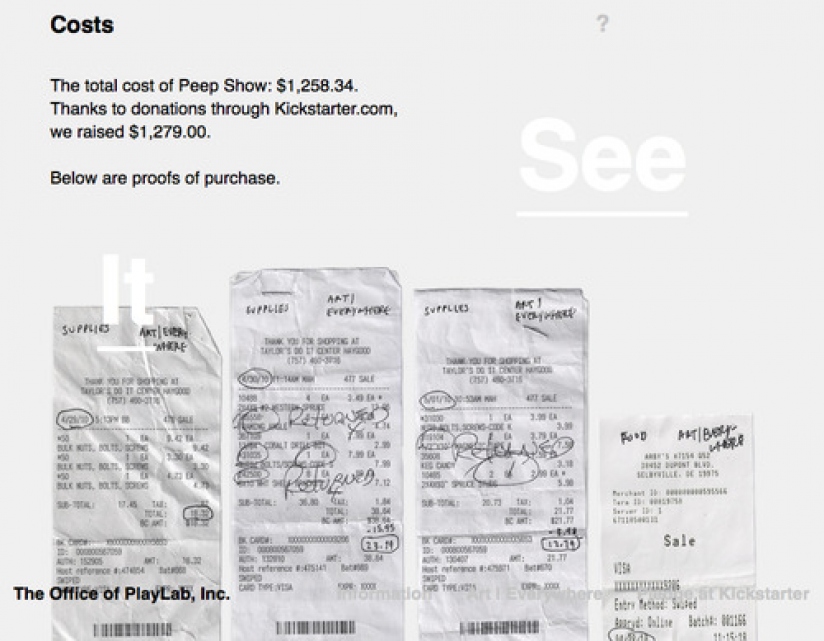 Article related to the project Goteo, a microfinance platform for cultural innovation in development by Platoniq


U.S. journalist and psychologist Daniel Goleman introduced the concept of "radical transparency" in his influential book "Ecological Intelligence: How Knowing the Hidden Impacts of What We Buy Can Change Everything." "Both individually and collectively, if we knew exactly (…) the hidden impacts of what we buy, sell or produce, we could shape a more positive future by aligning our choices with our values. The methods for accessing these data are already part of the system. As this vital knowledge comes into our hands, we will enter an era of radical transparency. (…)As the control data change hands from sellers to buyers, companies should start preparing for change.

"  Today, this concept is spreading fast in the economic sphere, as companies of different sizes try to adapt to an unstable market with enormous changes brought by the Internet as a paradigm of communication between consumers.  Wikipedia defines radical transparency as an approach to management in which (ideally) all decisions are made in the public eye. (…) Goleman talks about the potential of 'new technologies to reveal through radical transparency the eco-impact of the products we buy, it also has the potential to lead consumers to make better decisions and companies to reform their business practices.

In a speech at the conference Turning The Tide, publicist Alex Bogusky drew a comparison between the act of consuming and the act of voting, and how this ideal radical transparency could end up equating the action of voting with consumption: "radical transparency has the power to make us understand that acting is not necessarily done in a progressive, and little increasing capsules, but steadily, at any given the time of day. (…) This idea that when we buy, we vote, has existed for a long time but has never really worked. You cast the vote and then you realize that you were wrong, or that your vote did not go hand in hand with your values. Supply chains are very complicated and even if you specialize in a very specific part of the chain is difficult to do a relevant analysis. (…) The data for radical transparency are out there, closer than ever and that is a very powerful thing. If you join the transparency with the desire to turn every dollar you spend in one vote, you get the potential to change many things."

This relatively new phenomenon that is forcing to change some rules for several multinational giants like Walmart and Nike (even it is also used as a marketing tool) has actually been present for a long time in many free and open software projects, and in other collaborative projects in the net (such as any wiki), that have traditionally implemented a policy close to the radical transparency. In an article on principles of peer-to-peer collaboration, The Foundation for P2P Alternatives emphasizes transparency in its second article. As a conclusion, the article stresses: "Things to avoid: secret data, secret trials, secret members, secret results."

A Google search with the words "transparency business" today reveals a growing concern of the business sector to transmit transparency in their corporate policies and especially in their public relations. This trend (which, judging from the articles is often not much more than a marketing operation) seems to be a clear result of the emergence of social networks and media, in which (at least in theory) transparency is one of its pillars.

In the context of the new net economy models (crowdfunding, microfinance, p2p lending, etc.) transparency plays an important role at various levels. Many of the crowdfunding platforms currently available consider transparency and clarity as success factors and as their network requirements of individuals or institutions. That means transparency in all stages of funding (including the later stage, once the capital is raised). At the crowdfunding Kickstarter website, for example, once the deadline for funding a project expires, all information on this project (from their generic description to the details of its financing) remains online, according Kickstarter to favor transparency. Kickstarter also requires project managers to communicate at all times to their audience the stage of development of the initiative, especially in case of conflicting decisions that may affect the initial description or the date set for the project. At Kickstarter blog a project that got its economic objective scanned the tickets cost to show the backers where their money went (images here and here). Although this case is just a symbolic gesture, it actually shows widespread concern about possible abuses of the system of grants / loans. For p2p lending sites, the use of transparency is also crucial to eliminate suspicions of fraud that much of the public still maintain concerning NGOs, relief organizations and charities. Organizations like Kiva, for example, get a better response from potential users making public all its data, including fraud and default rates. 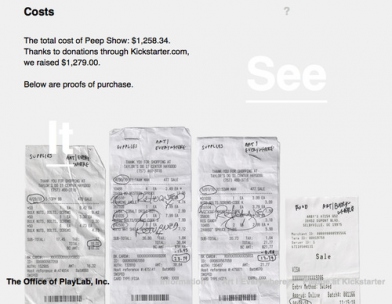